Today, I am celebrating my 60th birthday. I have had a lovely summer.
However, someone else hasn't. When I finally got time yesterday, (because, I am busy now harvesting elderberries), I checked the papers.

Manafort guilty on 8 counts and Michael Cohen pleads guilty.
Just to be clear and give some context about events today,  I grew up during the 60's & 70's, the JFK assassination and many more after him. The Vietnam War, Nixon and Watergate.
I am not one of those people with no memory.
Some just shrug their shoulders and look helpless trying to find a reason why they voted for Trump. Then there's the real delusional one's that think he's making America great again or he's draining the swamp. If they aren't tech challenged, they run to 4chan to read the latest psyop called Q. (I can't tell you how many people ask me about this)
How do you reason with people who feel so strongly about Trump?
They think their feelings are facts.
Lot's of my friends voted for him. Most of them don't have anything to say, except he's better than Obama or Crooked Hillary.
They tell me Crooked Donald is a businessman and his wife is a super model. I just have to laugh.
What can you do with people who don't pay attention, who believe everything that Fox News says?
Now, just to contrast this time with the cauldron I grew up in, with Watergate, Spiro Agnew's resignation, in 1973, on a felony charge of tax evasion. (there was also evidence of kickbacks, conspiracy, bribery and tax fraud) I never heard anyone defend Agnew. But Nixon had plenty of supporters to the bitter end.
Goldwater and Rhodes told Nixon he was doomed. (I wonder if anyone has said that to Trump?)
The next day Nixon resigned. So this will, of course, be one option for Trump.
He'll probably tweet it if he does.
The event I can really compare this time to the 70's, is the Vietnam War. There were a lot of people protesting. But the majority, were completely clueless and bought into the whole "Domino Theory." It's also reminiscent of WMD's and the war on terror with Iraq and Afghanistan, no one even knows we are still there. No one ever talks about it. These must be the people who voted for Trump.
The thing is, we are still at war, we have set the Middle East on fire and there are no protests.
One of my best friends is in the army, he voted for Trump, he wants to deploy.
Our economy is a war economy and Trump is a weapons and armaments salesman. That's what people voted for, but I doubt they realize that. (the lobbies are in charge)
It wouldn't surprise me, if Trump decided to invade Iran, to distract from his own indictments.
It also wouldn't surprise me if Fox & Friends and all Trump's voters went along with it.
This is where we are. There is no leadership, and there isn't going to be. No one in the GOP, is doing anything but resigning. Anyone who doesn't like what Trump is doing, is just quietly walking away.
This is really the only option for dealing with a psychopath. Giving them attention is what they want. So for the most part, I just don't. 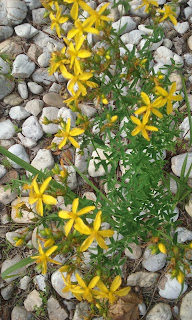 I spend my time learning about my environment and identifying the herbs and fruit that grows all around me. Saint John's Wort, Elderberries. Indian Tobacco and Sassafrass.
It's way more productive than being sucked into a tornado of tweets.
Who has time to pay attention to this orange idiot? I wouldn't give him the time of day if I met him on the street.
I am like that with all politicians though, Trump is just more annoying.
Trump would not have been possible, if it wasn't for the fact that no one has been accountable in government for a very long time.
John Edwards was indicted on felony charges of using campaign funds to cover up an extra marital affair. Sound familiar? This just resulted in a mistrial, destroyed his career, but at least he had the decency to go away. I doubt very much Trump will do it. We already know he paid off two women, through Cohen and I imagine, whoever voted for Trump thinks it's cool he slept with porn stars, paid them off and lied about it. I mean, who even wants to be around people who think like that? I don't.
I was lucky enough to retire two years ago. I spend my time painting, wildcrafting and making all kinds of things like soap and candles. All the things I didn't have time for, when I was a single mother, trying to raise my kids. I realize, I am one of the lucky ones, since I am not in debt and I could retire early.
I am enjoying my life now, I will be travelling soon.
Paying attention to a desperate and I suspect, a dementia patient, is such a waste of time.
We have been here before, with Ronald Reagan.
So to the elderberry patch I am off to, I am making wine, and later my friends and I are going out to celebrate, no time for looking at tweets or trying to figure out who's lying. They all are. 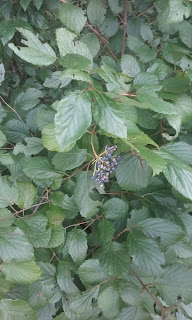