I was reading this article in Al Jazeera about a foreign mining corporation, taking sacred Apache Reservation land, "under federal protection from mining since 1955" passed into law by congress on the 2015 National Defense Authorization Act. John McCain has been backing this deal for years. Ironically, he's always crying about Iran's nukes
This "Rio Tinto, a global mining conglomerate. And that conglomerate also owns nearly 70 percent of the Rossing uranium mine in Namibia. Another owner of the place is the government of Iran."
My takeaway from this is we are sanctioning Russia for a land grab in Ukraine, someone should sanction Congress, if only.
Then all over the place is the HSBC money laundering scandal, there might be criminal charges and oh yeah, they are big donators to the Clinton Foundation. Right Hillary, I am glad I don't vote anymore, all we get is a parade of criminals or more dynasty candidates like Jeb Bush to choose from. It's all about the 1%. These people will rip off Native Americans living in poverty or really any one living in poverty.
Like say, Palestinians..Here's a weird mash up, Palestinians helping protestors in Ferguson with tear gas advice, sadly, tear gas may be one of the few things left we manufacture here and then it's used to terrorize Palestinians. We might as well just spray the Palestinians ourselves since we are supplying Israel with our home grown artisanal tear gas.
The absolute strangest mash up of all was the Koch brothers, Cory  Booker (NJ-D) and the ACLU, because the justice system is broken. It should be called the injustice system.
What I wonder is will they privatize the police now? There's got to be an angle and it's usually about profit.
It's weird to me how these deals with the devil are going on all the time. President Obama wants to bomb the daylights out of ISIS, I wonder how much is going on behind the scenes for profit with "advisers" and such. I don't think this is about ISIS, it's more about destroying what infrastructure is left in Syria and Iraq, then I guess it's the contractors that will come in with big fat contracts. We haven't won a conflict in over 50 years so I don't expect that this will go well. It's not about winning it's about profit, like just about everything else in this plutocracy.
Posted by Patricia at 4:14 PM No comments: 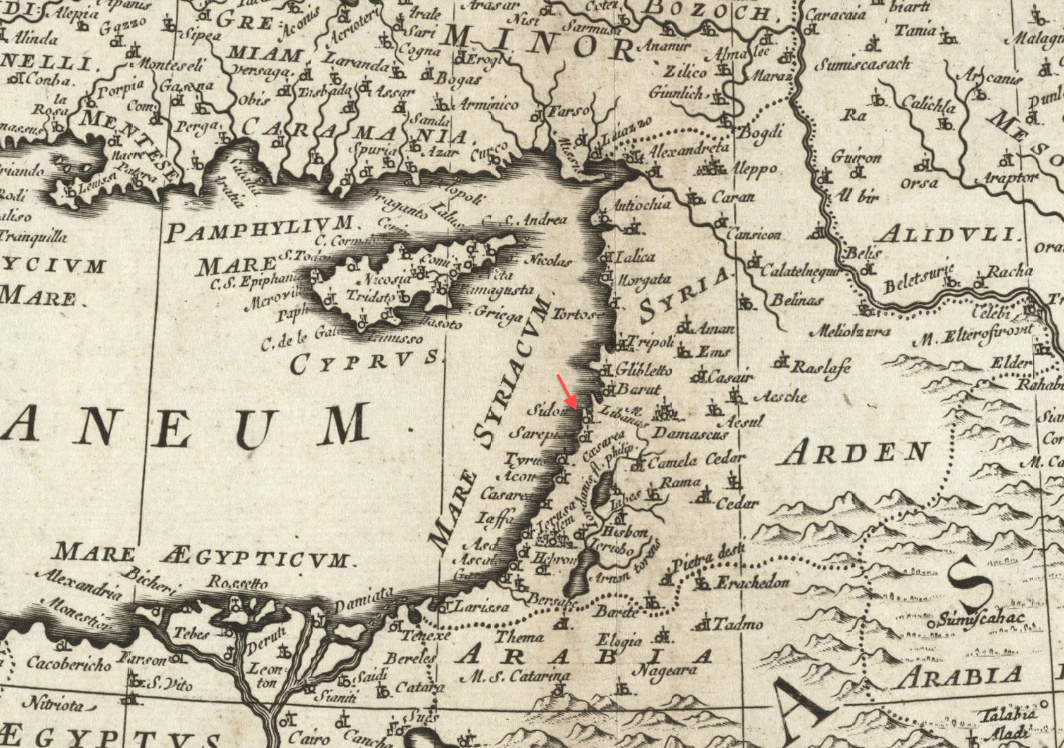 This is the Levant Region of the Middle East. This region includes Syria, Egypt, Cypress, Israel, Palestine, Jordan Turkey, this was the land known as Canaan. Evidence for the earliest domestication of the dog started here. The first agriculture, started here, domestication of farm animals began here. In 6000 BC, this area experienced a climate crises of severe cooling then 2,000 years of  warming.
The first conflict in this region appears when it was known as Sumeria, then Ramses III came along & The Crusades. 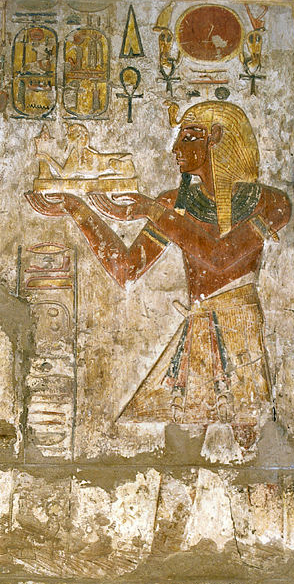 In art history we study this as where civilization and art began, I can't imagine how much of it is lost now. I studied the Ziggurats in Iraq, cuneiform tablets from Syria, The Valley Of The Kings in Egypt. I may understand a bit more about the Middle East than the average person, I had  a very progressive class about the colonialization of the Middle East and the effect it has had on the people there, which has had a direct effect on the conflict we are dealing with now. Conflict that is getting worse with dire consequences for the millions of victims and refugees in that area.
President Obama made a formal request for a continuation of the War Powers Act. The U.S. has just made a deal to resupply Jordan with arms and "increase its assistance from $660 million to $1 billion per year for 2015-2017." Then there's the confusing invitaion, John Boehner has invited Israel's Prime Minister to address Congress here.
Most people in this country are not real cognizant of where Jordan is or what's going on in Syria and why. They are overwhelmed just trying to take care of themselves. Who can even blame them when you don't hear anyone talking about this; 5 facts that show half of America is seriously struggling - Salon.com
While profit will surely be made by defense contractors, who's lobbies will be enriching Lindsey Graham or John McCain. Stabilizing the Middle East will provide more opportunities to co-modify it  by the banks.
It may be necessary to try and contain a mess we created in the Middle East with our unnecessary wars, but why is there never any outcry to help our own people other than maybe Bernie Saunders and Elizabeth Warren?
That is no accident. They just don't care.While the rest of America languishes and fails to thrive, we pump billions into our governments follies and no one is accountable. I am not saying we should not help Jordan, but what I am saying is why isn't there the same sense of urgency to correct the problems everyday Americans face in this country? 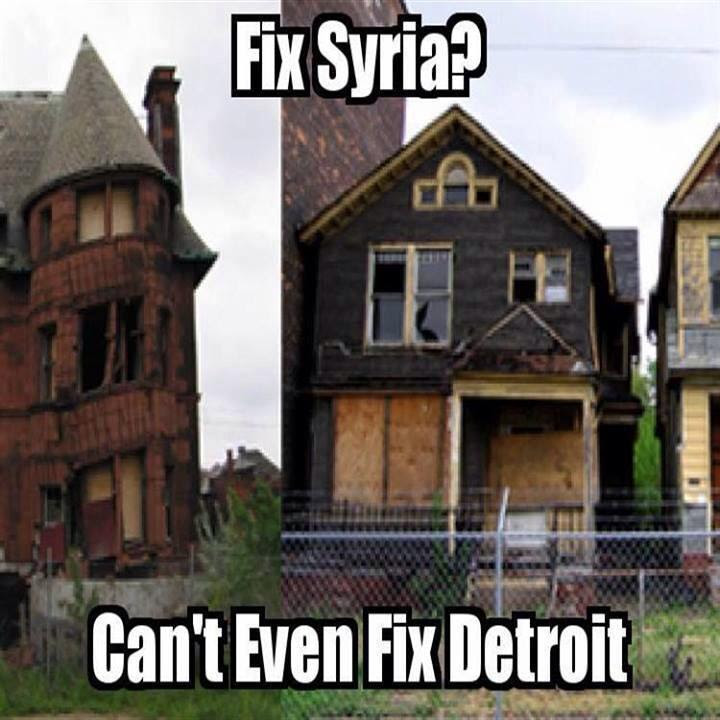 Posted by Patricia at 1:20 PM No comments:

I don't watch TV anymore. I especially don't watch any news programs. Brian Williams "CONflation" conflagration is one of the reasons why. Shocking! Just shocking that he lied about his courageous war "story." Guess what? They are all liars. These people are hacks. They tow the line and report what their corporate masters tell them to. Brian Williams is a liar and he's probably lying about his "leave of absence" too. These people are part of the reason we got into the Iraq War in the first place. The fact is we are being lied to all the time by "journalists" by politicians, the church, the NSA, Bill Cosby (a rapist and a liar) and when Brian Williams leaves NBC for good, they'll probably get another liar to take his place. 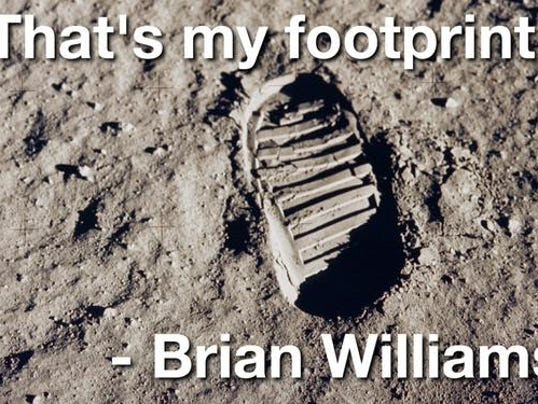 Taking any herbal remedies? Guess what? Herbal Supplements Without Herbs - NYTimes.com
Walmart and GNC, Walgreens, liars.
Monsanto? Liars, Twenty-Six Countries Ban GMOs—Why Won’t the US? | The Nation
Everyone loves Pope Francis,  Pope says about two percent of priests are pedophiles: paper | Reuters
But, no biggie right?  Only 2% where does he get that figure?
We are being lied to and bullshitted at every level. So Brian Williams lies are really no surprise, decency has been left behind long ago, it's at the point now where if someone's not lying, it's a big surprise. That's the reality. The reality is that we are given no other choice but to seek alternate methods of seeking the truth. TV is not one of them. Cable TV is a joke too. Just wait until cable becomes even more expensive after the Comcast acquisition of Time-Warner, there's nothing like paying top dollar for lies.The craziest part of the whole Brian Williams war story lie is that viewership only went down 17%, the amazing part is that anyone would watch him at all, but maybe that's a lie too? That's the problem when you are constantly bombarded by falsehoods, bullshit and half truths, distracting you and keeping you confused. You look at the world with fresh eyes and you realize there is very little substance and almost no context, leaving you unable to discern any truth at all. I question everyone and everything now. Thanks to Brian Williams word salad of 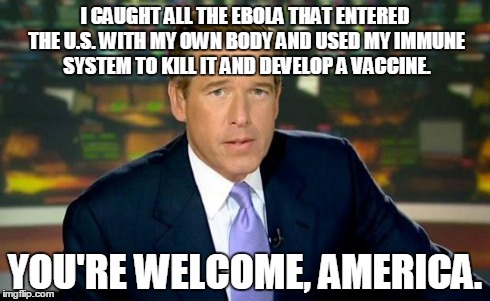 "CONflation" and  "misremembering" digging himself even deeper into the very definition of a lie;
"Conflation occurs when the identities of two or more individuals, concepts, or places, sharing some characteristics of one another, seem to be a single identity — the differences appear to become lost.[1] In logic, it is the practice of treating two distinct concepts as if they were one, which produces errors or misunderstandings as a fusion of distinct subjects tends to obscure analysis of relationships which are emphasized by contrasts.[2] However, if the distinctions between the two concepts appear to be superficial, intentional conflation may be desirable for the sake of conciseness and recall." Wikipedia
"Producing errors" and misunderstandings, that's the whole intention of lying. So now I have another description for someone who is telling lies, he's "conflating"  this should come in handy in my daily life when confronted by someone 'misremembering" I'll just say oh yeah, he was "conflating" again, and get on with my day. The reality is, it happens all the time.

Posted by Patricia at 3:10 PM No comments:

When Picasso died, I doubt anyone wrote about his weight or his looks. It was about his work. Picasso is Dead in France at 91
At the end of his obituary, there is maybe a hint of his womanizing ways and that was it.
When William Faulkner died, Faulkner was known to have had several extramarital affairs." and "a lifelong drinking problem"
nothing about it was mentioned here and nothing about his looks either; Faulkner's Home, Family and Heritage Were Genesis of Yoknapatawpha County
When the controversy broke out about writer Colleen McCollough's death and Rupert Murdoch's rag wrote an unflattering obituary  about her being so-called, "Plain of feature, and certainly overweight,"
My first thought was this, an accomplished woman like her, probably didn't give a damn what anyone thought of her weight and looks. She was 77 years old for crying out loud, I mean is there a standard for how you are supposed to look, at 77?
There is really nothing like celebrity culture with their Botox, plastic surgery, Liposuction, we don't really know what it looks like when people get old anymore because these images aren't presented to us in any real context.
One of the great things about being an artist or a writer is that your physical presence isn't required. It's the work that matters. But I think Murdoch's characterization of  McCollough, goes back in time; 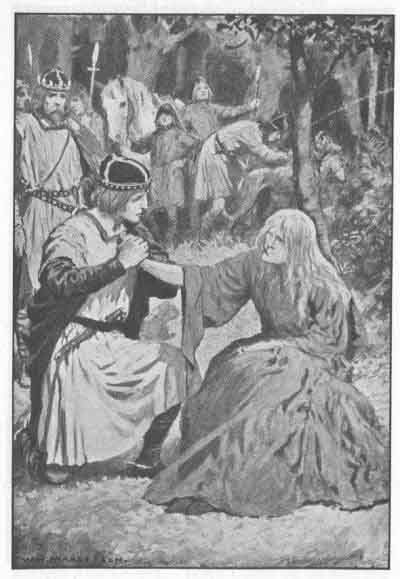 The Loathly Lady. I think here we have an archetype for women, who have something special, that is their own "sovereignty" I do believe Colleen fit's the bill. Perhaps on the outside unattractive, but beautiful in other ways. At the heart of this story of the Loathly Lady, who marries in one legend Sir Gawain, there is a choice that he must make should she be ugly by day, beautiful by night, or the other way round? In the end he tells her it must be her choice. She has the right to choose. Clearly, McCollough herself, chose to look the way SHE wanted to look or not look, not the way Mr. Murdoch would want her to.
Moreover, this woman, this artist, transformed herself from neuroscientist to writer presiding over her own realm of characters, she had her own wealth and power and was beholden to no one. She was a success through her own creativity and special talent.
She chose to keep it real and wasn't willing to part with the face she had to become a frightening parody of herself. When the perception is that artificial means of  maintaining whatever standard of beauty is admired and what shape we have is the result of hours in the gym, starvation and medical body sculpting, that only the wealthy can afford and as wealthy as McCollough was, she didn't give a rat's ass about any of it.
I am sure the people who loved her didn't either. I read her book and never once in my mind did I wonder what she looked like, I only knew her writing could transport me to another world. I never cared what Picasso looked like, it was his paintings I admired. That  is the real power of art. In the end it isn't about anything more than the work and the work stands.Colleen McCollough, was an authentic artist, a genuine person, with an independent spirit, many times for a woman, that can be more than enough to be a thorn in some peoples sides.