I can't tell you what happened in the last debate. There's been so many of them. I don't own a TV, so I don't have to watch all the propaganda. I did see that Jeb! got his brother out of his hidey hole he's been in. Jeb! may have "misunderestimated" his brothers influence, his brother is a liar, I could hardly listen to his speeches years ago. I doubt I could handle listening to him or his brother, Jeb! now. He's just another tool for the military industrial complex.
I did watch a video on Youtube, by a Professor from the University of Massachusetts, get this, he's a Marxist economist! Talk about taboo! I can't believe he has a job, considering how Amerika hates commies!
This vid is an hour long, I totally get it if you don't have time for it, but what he said was really important. One of the things I'll pass along is that the professor was amazed that Bernie Sanders, a Socialist, is actually running. Mr. Wolff has a lot to say about how our economy and cities have been decimated by corporations who didn't want to pay a fair wage and left, to go overseas, exploiting other workers for lower wages and worse conditions, shipping products back to the US, that we buy.
He talks about the 1% board of directors of corporations that make these decisions. He says that we need to democratize the workplace, so the inequality we have been experiencing will end.
Bernie Sanders does advocate for a Workplace Democracy Act. Personally, I do not see how it could
happen. If anyone does remember their history, there was violence and bloodshed involved when the movement for unionization began. We have a militarized police force more powerful than ever, they kill indiscriminately, it's plain to see. The 1%, is not going to give up their power, they own the government. Watching Obama dial back all of his hope and change promises, some of which were similar to what Bernie is saying, tells me that it's doubtful, electing Bernie will do much, because our system is broken. Just watching Trump and the garbage he serves, a lot of my friends are eating up, that is, the ones who actually want to vote. I know of no one under the age of 30 who will even vote, actually, I know of no one under the age of forty who will vote. They are working too hard for crap money, they know the system is rigged.
So I'll just pass along what this man proposes, he makes a lot of interesting points. But the propaganda Americans have swallowed about capitalism has been very effective and I am afraid things are going to have to get even worse before things will change. Here's a link in case you're interested in the history of Labor, here in the US; https://en.wikipedia.org/wiki/Labor_history_of_the_United_States

Posted by Patricia at 4:16 PM No comments: 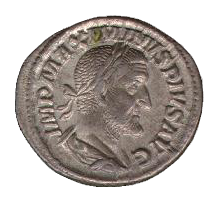 It's 2016 and how do we decide who wins an election? A coin toss.
Join me in a blast from the past, how do "We the people" decide who wins an election in 2000? Hanging chads. What did the opponent who lost by a hanging chad do? He just walked away. What will Bernie Saunders do about loss through coin toss? Walk away. Now why do you think that is?
Your vote doesn't even equal a coin toss.
If indeed there was a tie, why wouldn't you evenly distribute the delegates between the candidates?
Because it's better to decide through a coin toss. Just like the Superbowl!
We're a democracy, no rigged elections here
Did you know coin flips have a long standing  history?
Let's go back, way back to Roman times.
"the historical origin of coin flipping is the interpretation of a chance outcome as the expression of divine will"
Let that sink in for a moment. It's nice to know with this country's religion problems, "in God we trust" and all that, coin tosses also are controlled by God and He (or She?) can just solve these pesky election matters. "An awkward system that is very hard to manipulate" Oh really? Sounds like there's plenty of room for manipulation to me. In 2016 with  the technology available and a fair count can't be had? In Iowa they are calling this caucus a debacle. The chairwoman of the Democratic Party when asked to review discrepancies found by the Saunders campaign said no.
Democracy in action!
The last thing the Democratic Party wants is Bernie Saunders winning anything. He's calling himself a Democratic Socialist now, but has always ran as an Independent. Hopefully he will win in New Hampshire, but it sure looks like Hillary Shillary will be served as the only Democrat choice in November so she can continue Wall Street's rape of the American people while feeding us  Monsanto poison. Enjoying donations to the Clinton Foundation from Saudi billionaires. Donors from other countries that benefited from arms deals brokered by Mrs. Clinton.
Because really, she could'nt give a toss.