What a weird weekend, starts out with Hillary Clinton and yet another Benghazi hearing, that people are sick of and we know why it's going on;
Thanks for that Congressman Cummings, but actually, no, we are not "better than that." America is not better than that. Politicians are not better than wasting millions of American taxpayers dollars, hell bent on Benghazi or Planned Parenthood or whatever stupidity that can be conjured.
I am not a fan of Hillary Clinton and I won't be voting for her and it has nothing to do with Benghazi.
Then there's this bit of weird, Tony Blair apologizing, but not apologizing about some mistakes in the Iraq War and he's trying to spin  his way out of the mess George Bush made. It seems that an inquiry into Iraq has been made in Mr. Blair's country and it's probably not looking good for him.
I want to know where's the Inquiry on the Iraq War in America? If Blair made some mistakes what about George Bush? We have all this excruciating minutiae on Benghazi, however, no one seems to be interested in exactly how we were lied to and the country was led into a disastrous war and now the Middle East is a shambles. Russia has been asked by Iraq to bomb ISIS, how does that happen?
Twelve years later Americans are still dying in Iraq.
But I guess we can't look back? We can't look back at torture, wait, we did look at torture, the person who went to prison? whistleblower John Kiriakou, who provided information to reporters. Not a torturer. So maybe Blair jumped the gun, no need to apologize, nothing will happen to him anyway. Just like nothing has happened to George W. Wonder why he's not campaigning for his brother Jeb!?
What a great speaker he was; he made up a word, recrudeiments! Oh, and he and Jeb! had crabs, sorry to say.  After watching that video, it pretty much sums up how we are not, "better than that" There's not much that's weirder than watching that idiot President Bush speak the way he did and know that he was elected twice. He never admitted the Iraq War was a mistake, but the his own party did; http://www.usnews.com/news/the-report/articles/2015/05/26/gop-agrees-bush-was-wrong-to-invade-iraq-now-what

Posted by Patricia at 5:30 PM No comments:

America On The Brink

I am not sure if chaos is the right word for what is happening in the U.S., but it's close. What do you call it when there's shooting after shooting and in the last one an eleven year old boy shot his eight year old neighbor now he's in jail and a family is never going to be the same, plus this shit will probably happen again, tomorrow or the next day. Thousands of shootings and thousands are dead.
Nothing will change.

In Washington, it looks like chaos too, Kevin McCarthy decided he didn't want to be the Speaker of the House, why not? In 2013 congress got 239 days off. Sounds like a good gig to me. Plus, he'll get a raise to $223,500 and that doesn't even include all the bribes and kickbacks from lobbies and corporations. The dude can't even speak a coherent sentence and he was the front runner. Who knows if Paul Ryan will jump in and save the day? Who even cares? All they want to do is shut down the government, oh, and Planned Parenthood, of course.
I know, lets talk about Syria. Looks like Putin will takeover, good for him, he can have it. We have no business being there, the American people are tired of war. Whatever CIA experiments that went down in Syria have failed and probably made things worse. We're number one, when it comes to carnage. Afghanistan anyone? Here's an idea, let's bomb a hospital, then change the story about how that happened three or four times. It was just a "mistake" after all, and now we must pay, also, congress will have to authorize additional payments. That could be a problem, since congress can't do much about anything except abortion, oh and birth control.
If all this wasn't enough, we've got Donald Trump running for president. 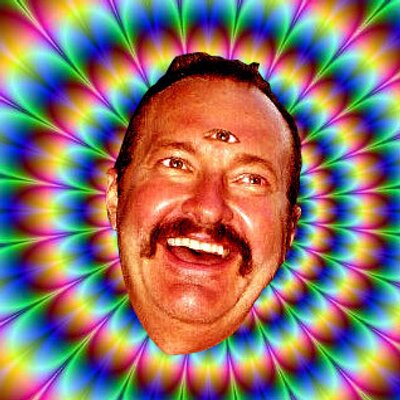 There seems to be a collapse of order, millions of refugees are fleeing the Middle East, mainly because of American meddling, however, Europe is dealing with the flood of people, I don't know how many refugees want to come to America, my advice would be to stay away. You'd have to be crazy to come here, even crazy Randy Quaid doesn't want to come back here, but that's a whole other story.
Take a look at Germany, thousands of Germans protested against the TPP deal President Obama wants to ram down our throats. Even Hillary Clinton is now saying she's changed her mind, fancy that! That doesn't mean she wouldn't change it again once she's elected.
Americans did protest the TPP back in June and predictably, they were arrested. This thing will probably be fast tracked and made into law. It's a win-win for corporations, what trade deal did the average American benefit from?
The American government runs like a well oiled machine. Look at our great economy, everyone's so well paid, there's always extra to purchase guns and bullets! We have the finest, most expensive military in the world, what could possibly go wrong? Not to mention our super friendly police, here in the land of the free. If you believe any of these statements, I've got some fabulous land to sell you, after all, that's what America is famous for.

Another shooting and one of the first things I thought when reading about the shooter, was how much he had in common with Adam Lanza and the Sandy Hook shooting. Both of these indivduals had poor social skills and very protective mothers. I don't know for sure if Harper Mercer had Aspbergers, like Lanza, However, Harper Mercer graduated from a school that teaches kids with special needs. Also it seems that Harper Mercers mother was unstable herself, or at least completely stressed out trying to keep her adult child under control. Like Adam Lanza's mother it seems she also knew he had firearms or even helped him get them.
Another thing that I noticed was that an aquaintance of his said he was always moving around and unsetteled, that's a huge red flag. His anxiety must have been quite overwhelming and suggests maybe a co-morbid disorder, could be involved and I wondered if his mother tried to get help for him? If she did it was probably an uphill battle, if you don't have money you may as well forget it.
Then there's the strange Army stint that didn't take and no one knows why. But he's wearing military garb and blousing his pants over his boots, and what is with the IRA and Nazi fetish/obsession? That's scary,
I saw that President Obama got on TV and made a speech and is pissed off that nothings changed, shooting after shooting. He hasn't got the memo that gun laws will not be changed. The best way to counteract mentally ill people doing this is having a national healthcare system that includes mental healthcare for ALL. Obama blew it years ago, with the Obamacare giveaway to the health insurance industry. Every civilized country in the world has decent healthcare for it's people, including mental healthcare plus strict gun control.. Here we can't have either of those things.
What I am getting at is that once people like Adam Lanza or Chris Harper Mercer leave the school system, there's very little in the way of help for them. They are adults who obviously can't function on their own, so it's up to the parents to keep them under lock and key, that is, if they can. If they can get a diagnosis, they may be able to go on disability and then more help could be available, that is a long process. So if  President Obama really cared he could band together his democratic cohorts to craft some legislation or resurrecting Jimmy Carters Mental Health Systems Legislation, the footprint is already there.
The real irony is that Chris Harper Mercer was born in the UK and had he stayed in that country he would probably have received the care he needed, also he wouldn't have had such handy access to guns.
Here in America, you are on your own, but you can get a gun to keep you company.
In another few weeks there will be another shooting and then another, nothing will change, 9,958 people have died from guns this year.