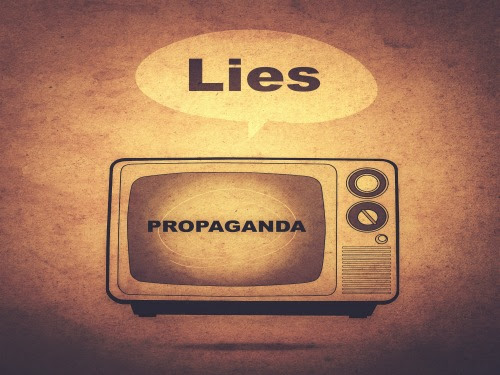 I don't have a TV, I haven't had one for years. Mainly for economic reasons, having cable is like having a car payment.
I don't subscribe to any print media.
Since the Iraq War, CNN, Fox News, The New York Times and so many more, reinforced the notion of weapons of mass destruction, it's all fake news to me.
Trump isn't wrong calling out fake news, but the thing is, he's fake too.
I have a hard time believing anything that politicians do or say, along with TV stations and any mainstream print like the Washington Post or The New York Times.
I am not alone acknowledging that there is a propaganda MSM infrastructure being maintained to either keep people in a constant state of fear over Russia; Oh My God there's a Russian ship in International waters off our coast!
Or, alternately putting them to sleep with reality shows or the History Channel's, so-called history.
I have friends who watch Fox News or CNN, some of them still believe what's on TV, but most of them have no idea of what's going on, TV or no TV. They have no idea who Trumps cabinet picks are, what their history or experience is.
The rate of constant 24 hour breaking news gives them amnesia. They can barely remember what occurred yesterday, let alone last week. It's a constant stream of information that is, for the most part, almost meaningless or just plain nonsense.
When fake news is touted as truth then found out to be lies, and no one is responsible or accountable for fake news, it just goes on and on.
I think this country was founded on fake news and it's come back to bite us on the ass. Native American genocide propagandized as Manifest Destiny comes to mind, the Salem Witch Trials, More recently the Gulf Of Tonkin, WMD's and the Iraq War.
Now all of a sudden there's mayhem because the President is talking about fake news.
While the media acts like there's no such thing as fake news, it begs the question; what's really going on that isn't being reported? 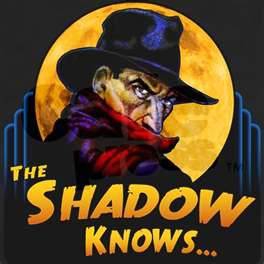 We have leaks all over the place, supposedly because our non-elected Shadow Government isn't happy that @realdonaldtrump is acting like he isn't playing by the usual rules, like good old Obama did. I don't care which of Trump's cabinet picks resigns or gets approved, they are all from the same apparatus. Whether the NSA or whoever leaked Flynn's conversations and why that's a big problem, doesn't matter to me, since we're all in the same boat being spied on.
The reality is that almost everyone I know who voted for Trump, barely knows even one of his cabinet choices. However, they are super impressed that FLOTUS was a super model. (was she a super model? I have no idea, probably more fake news) Maybe they're right not to pay any attention, since it's become a revolving door of self serving, stale, pale and male dudes, or useful idiots like Betsy DeVos and that twit Ben Carson.
Meanwhile, the country is a shambles, I had five friends of mine get laid off from their jobs last week. I see abandoned houses everywhere, since we have a major foreclosure problem ongoing in my state and one of the major bridges connecting New Jersey to Pennsylvania was recently closed due to a crack in the structure, and so it goes. There's nothing fake about any of those things.
I anticipate more arguing about the deficit and how we can't afford all of the entitlements people actually paid for. This country is bankrupt morally and probably financially, since people like @realdonadltrump and all the other elites can offshore trillions of dollars in tax revenues while everyone's rushing around with their W-2's trying to get their taxes done.
The one thing you can count on is Americans are still caught up with Republicans versus Democrats, Black Lives Matter-All Lives Matter, the drug war, it just doesn't end and it keeps everyone distracted from the fact that it's the system that's the problem and no amount of voting will fix it.
The fix is in and no average American is going to come out the winner. Why would you even play their game?
Step away from the TV.
It's 65 degree's in February here in New Jersey, I am going to take my box of paints and go out and paint a landscape, at least that is real, I guess global warming is fake too.

It's the holiest of holy days, here in America. Super Bowl Sunday.
Bread and circuses, wings and beer. I never really got it. I don't like football.
I was a soccer player in high school and on the track team. There wasn't any football girls could play any way, except backyard games with my brothers.
It seems like a lot of money is spent on the Super Bowl. $14.1 billion. Everyone at work will be talking about the Super Bowl commercials. $5 million for a 30 second spot. It blows my mind.
Some people have way more time for football than I do. Even if I had the time, it wouldn't be for a football game. People are way more invested in the Super Bowl, than politics or Donald Trump. I've seen way more dudes rattle off obscure stats about all the players, but can't tell me any thing about Trumps cabinet picks or the last book they read.
Thankfully, I keep my expectations lowered.
Most Super Bowl watchers don't vote, I don't blame them.
It costs over $4000 for Super Bowl tickets. The Super Bowl is for rich people, let them eat balls.
Like everything in this country it's been co-opted and corporatized.
The NFL get's billions from taxpayers subsidies, priorities much?
Local governments give all kinds of subsidies away for stadiums, they get discounts on
utilities, breaks on their property taxes. The NFL is a non-profit, yeahhh, ok. Not a fan of that. They make over $1 billion in profits a year, actually it's $7.25 billion.
Someone tell me how that's non-profit?
To put this in perspective, it would cost $1.5 billion to clean the water in Flint, Michigan.
We have a huge homeless problem in this country, we currently spend $4.5 billion on.
We have a huge student debt problem, because we'd rather subsidize football teams than the future for our young people.
We need to rethink these ridiculous "non-profit" profitable corporations in everything but name only.
When it get's to the point that over half the country is living in poverty and churches, football leagues and other nonsensical schemes don't pay taxes on their "donations" and everyday people are struggling with three jobs, somethings very wrong. I seriously doubt anyone watching the Super Bowl game today is thinking about that. That's just the point. They don't care, They are too exhausted or too hypnotized by the Super Bowl circus and all the marketing for products they want you to buy with what little money you have left after you pay your property taxes, you don't get subsidies for.
I guess people think it's ok to be funding the NFL. they probably would rather pay for that, than a veteran out on the street. We wonder why the suicide rate for veterans is so high?
I'm kind of surprised they don't just put these military gladiators in the stadiums and feed them to the lions. Maybe that would get someone's attention. No one seems to care what happens to them.
There is an interesting story going back to Roman times. There was a guy named Gaius Marius. He was living during a time of Roman oligarchy. This guy Marius, tried to make reforms for the military. Afraid of a barbarian invasion, He used the promise of property to get more people from the lower classes motivated to join the military. There was a very large unemployment problem then. (sound familiar?)
Marius gave the military a retirement in the form of land grants & pension, anyone who fought with the army could become Roman citizens..It seems like veterans got a better deal in Roman times, (I wonder what the suicide rate was?)
This caused men to become more loyal to their generals than the Roman State, causing the destruction of Roman Republic and the onset of The Emporer.
In the end Marius, who once had sided with his army, co-opted himself with the oligarchy Senate and put down a rebellion of "radicals" to establish public order. After this Marius was exiled, but then returned. A few years later, Rome passed a decree, expelling all residents who were not Roman Citizens. A social and Civil war erupted, It would be the end of the Republic and the beginning of the Roman Empire.
It seems to me America long ago crossed the Rubicon of Republic into Empire.We have a similar breakdown occurring now, there's much we can learn from ancient Rome, but I am sure everyone would rather think about what Lady Gaga is going to wear for the half-time show than contemplate exactly where America is headed.