Deal Or No Deal?

Well, it's been awhile since I have blogged, mainly because I have been busy and the holidays were a whirlwind.
I hope whoever is reading this had a lovely time and a happy new year.
Now we are dealing with a new year and I guess we'll see if anything new will happen?
What happened this week, was pretty interesting. 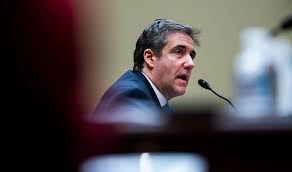 First, the timing of Michael Cohen's testimony in congress and Trump's Art of Not Getting a Deal with North Korea.
I am guessing that Democrats knew Trump would be in Hanoi, since this meeting was announced on September 11, 2018.
They probably needed a big enough headline to  distract from Trump trying to grab a peace prize.
Looks like whatever Trump tried, didn't do much, except for a giant photo opportunity and waste of money so people would stop talking about Lyin' Michael Cohen.
Either way, Cohen's testimony made Republicans look like they were in some kind of cult, they are all in with Trump, all the Trump voters I know, think Cohen is lying about everything.
Maybe he is.
They are full on board with Trump, and are voting for him in 2020, all except one, only one defector in my circle.
He now hates Trump and says he will never vote again.
His life is watching TV.
I wish I was kidding, but I am not, that's why he voted for Trump.
He didn't watch Michael Cohen's testimony.
Like other Trump voters, they don't care what he does. It's pointless to even talk about it.
They keep watching the Ministry of Truth to tell them what to think and do.
The National Emergency that Trump called for to build the wall that Mexico was supposed to pay for, might also be a problem.
On Tuesday, a resolution was passed, overturning Trump's National Emergency.
13 Republicans broke ranks and joined Democrats. It passed the House of Representatives and is on the way to the Senate. Republicans barely have a majority there.
Anyway you look at it, this wasn't a good week for Trump. 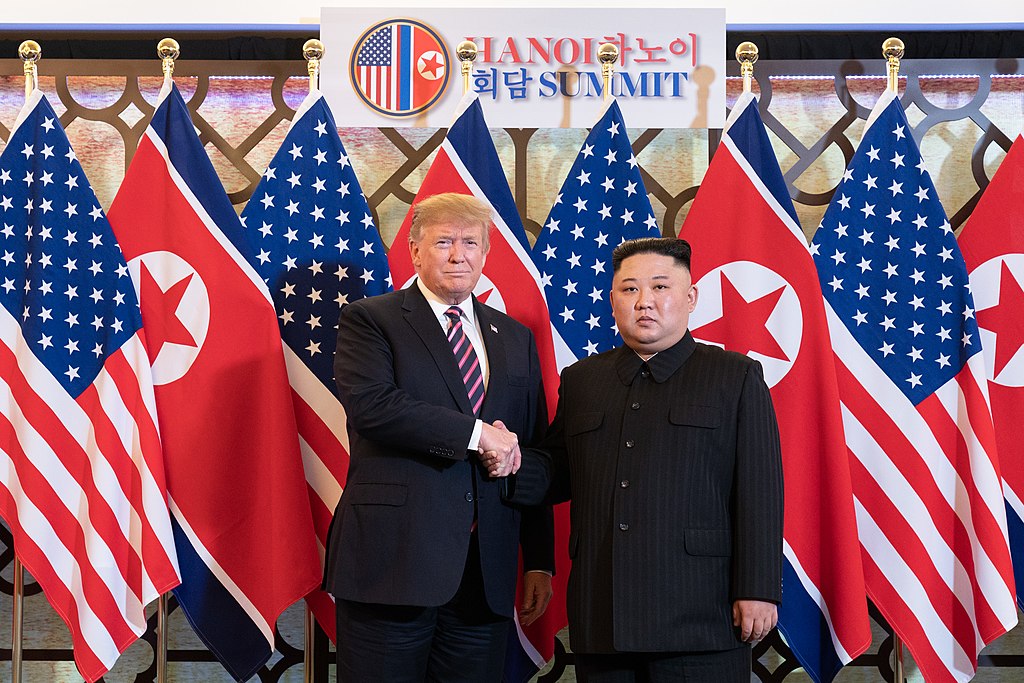 Other than a photo opportunity for Trump and Kim this week, with Trump saying that North Korea wants all sanctions lifted and North Korea saying they only wanted partial sanctions relief, it's he said, she said, and Trump will spin his nuclear reality show any way he can.
Which won't be hard since he has plenty of options for damage control.
The internet was trying to not laugh at Cadet Bone Spurs going to Hanoi, since he dodged the draft and missed an opportunity to go to Vietnam many years ago, that irony was not lost on Twitter.
Meanwhile, Bernie Sanders is going to run for President and so is Joe Biden.
Isn't there anyone the Democrats haven't recycled yet?
We all know what happened with Bernie in the last election.
They keep churning out candidates no one wants.
Biden? If he gets elected it will be a fear vote, anything but Trump.
I can't help wondering if there isn't someone besides Beto, who couldn't even beat Ted Cruise in Texas.
There's Elizabeth Warren who has Universal Childcare on her platform.
However, I doubt Democrats will go for a woman again after Hillary.
The Governor of Washington, Jay Inslee is running for President on a platform of Climate Change, which Republicans say doesn't exist.
We are the biggest polluters with US military bases everywhere, multinational corporations, yuuuuge billion dollar contracts for weapons that we proliferate worldwide.
Ongoing wars, in countries we have no business being in and CIA coups.
Probably Venezuela is next on the list. It's never enough for the Indispensable Empire. 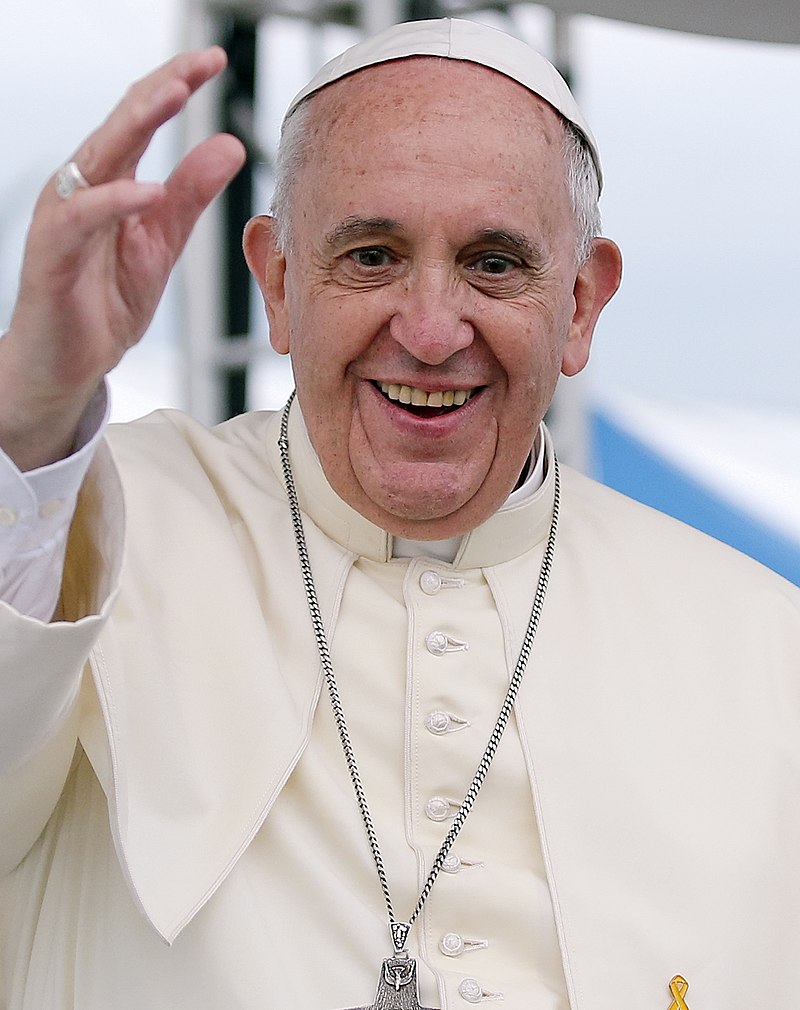 While all of this is churning, we get the Pope actually having his own summit on the pedophiles that have been running Rome and wherever there's a Catholic church near you.
Even in my tiny town in New Jersey, we had a Pedophile transferred, but hey, that church still has people praying there.
Francis handed out a bunch of excuses, and wants measures taken to stop child abuse. Yeah right Pope, I wouldn't want my kid within 10 feet of a church.
This organization has done nothing but terrorize humanity for centuries. If anyone's going to hell it's these depraved disgusting people in costumes lecturing us all on sin.
I feel so sorry for all the victims of these monsters.
I hope Catholics everywhere know the money they give to the church is going to pay out billions in reparations to sex abuse victims and it's hardly even begun.
I can't believe the church isn't bankrupt, but owing to the billions of dollars worth of priceless art and real estate these perverts own, I guess they have money to burn and urges to satisfy.
The farce of these once pillars of society controlling everyone is degrading before our eyes.
The US government is a joke and the only one's who don't know it, is us.
Michael Cohen is a liar and I wonder if people think he paid $130,000 because HE was having sex with Stormy Daniels and not Trump?
Because I am not sure I understand what people are thinking? The President is a joke.
God only know how many women he's paid off?
But that's nothing new for presidents.
Our national emergency has been a long time coming.
Mueller's investigation is ongoing at least six people are going to jail and more have been indicted.
It's 1972 and Nixon all over again, except it's way more complicated.
What I wonder is what kind of deal is Trump going to be able to make?
So far I haven't been impressed with his deal making skills.
Maybe his last deal will be his best deal?
If Trump is removed from office we get hyper religious Pence.
Another joke of a no nothing, making the Indispensable Nation, dispensable indeed.
The American New World Order is a shambles. With over half US citizens living in poverty and corporate fascism taking over.
We still don't have decent Universal Healthcare, because "Nobody knew it could be so complicated"
Our overlords in Washington DC made a deal with the devil long ago, there's too much money flowing into their bank accounts. They become millionaires when they leave office and get a gig consulting and lobbying for more of the same.
Impeaching Trump or removing him from office won't change anything.
There's deals and money to be made.